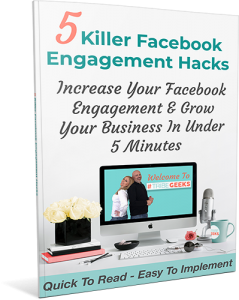 Learn How To Get More Facebook Engagement In Under 5 Minutes

What Is A Tribe And Why Do You Even Need One?

Building your tribe and using Facebook groups to do it… is it a good idea and why should you care?

In case you hadn’t guessed, this blog and this website is all about building a successful Facebook group and growing your online tribe. If that’s something that you want to do then you’re definitely in the right place because we’ve got a TON of great stuff here that can help you.

So you may be thinking to yourself, what’s the big deal about Facebook groups anyway? Maybe you’ve heard a lot about them on social media but haven’t really embraced using them yet. Maybe you’ve got a group but you’re looking to grow it.

Either way, Facebook groups are one of THE most powerful tools for business online right now… and here’s why.

Actually, before we get to that, as this is our first post here, let me quickly introduce who we are and why we’re in a position to talk about Facebook groups at all.

We’re Steve and Sam Harradine, a married couple from the UK.

We’ve earned our living completely online for the last Ten years and have been using Facebook groups for at least the last Eight years.

My wife Sam has been hailed as the Facebook queen for a while as she has been building online communities using Facebook groups for the last 8 years+ and knows how to network and build relationships like a boss. She’s a part of the Facebook power admin group (invited by Facebook personally) and has also been personally invited to Facebook HQ here in the UK on the back of her skills as a community builder.

Sam can help anyone build an engaged audience, no matter what their business niche.

I (Steve) am all about sales systems, automation and sales psychology. In other words, I’m a bit of a systems geek. Sam is a bit of a social media geek… hence the title Tribegeeks 🙂

We work well together and between us we help and advise home business owners how to build an engaged audience (or tribe) and leverage the power of Facebook groups to make selling easy.

Selling to someone that has never seen you before or doesn’t know you at all is incredibly difficult to do, and it’s getting harder all the time because people are being bombarded with more and more spammy sales messages every day.

If people don’t know you, like you and trust you then they’re highly unlikely to buy from you.

However once they DO know you, like you and trust you, selling becomes as simple as recommending a solution or a product, much like you would do to a friend.

In order to make people know, like and trust us we have to do two things,

Firstly we have to attract them into our world in the first place.

Secondly we have to communicate with them multiple times to build the trust levels and prove that we’re someone that can actually help them.

Facebook groups, if done the right way, accomplish these two objectives more easily than just about any other method right now.

Obviously there’s a lot more psychological thinking behind it but we’ll get into that in another post another time.

I want to keep this one simple for now.

Picture this though… Imagine you were a fisherman (or woman

) and your potential customers were the fish.

Would you rather go fishing in the wide open ocean with all the other fisherfolk, where the fish are constantly swimming in different directions…

Or   Would you rather fish in your own fully stocked private lake where the fish had already told you they were hungry?

That’s essentially what you have when you build a Facebook group full of people who know, like and trust you.

Do you see the power of that?

Once you have that for yourself you no longer have to chase people.

They start to pursue you because they see you as a person that can help them.

You don’t need to send spammy messages anymore asking if someone would be interested in what you’re offering.

It cuts out all of the awkward soul destroying pitching strangers and being rejected that crushes so many people’s dreams.

So how did we figure this stuff out?

We’d just moved back to the UK from Spain where we’d lived for almost 4 years with our three children and, just between us friends… we were completely broke.

Moving away from the UK was one of the worst decisions we ever made and we’d fought tooth and nail to get back. Now we were paying the price for a bad decision.

We had to start again from zero.

A short term contract for me in corporate and some really hard jobs for Sam (like checkout operator and house cleaner) put food on the table short term but we knew what we wanted to do.

We wanted to work online and we needed to figure it out fast!

Long story short, we decided to start making our own product in the shabby chic niche. We’d started buying up old furniture, painting it up and selling it on for a bit of profit.

We wanted to buy decorative mouldings to make the furniture look fancy but we couldn’t find any anywhere… so we decided to make our own.

We bought some vintage mouldings and started making our own casts.

Then we started putting them up for sale on eBay.

Slowly we started to get orders trickling in.

Then a few more.

It was starting to work but we were still just a couple of nobody’s trying to rustle up a few quid, chasing potential customers around like dogs chasing speeding cars.

Sam had connected with a lady online (as she does) and this lady said that she wanted to pay Sam a visit.

To make the visit necessary she told Sam that she’d picked up a vintage bike at a boot sale and she wanted to bring it over as a gift because she loved what we were doing.

As I write this and with 20/20 hindsight I can’t believe we fell for this but here’s what happened.

The night before the visit the lady calls in tears.

The story is that thieves had broken into her garage and taken the rusty old bike that she was going to bring over. Nothing else, just this cruddy old worthless bike.

But she still wants to come over and meet.

She seemed quite nice and we gave her the full tour like the couple of saps that were at the time.

She asked if she could buy some stock to sell in her shop, which we had no problem with so we loaded up some baskets with our products and put them in her car.

She didn’t pay us there and then. after we’d given her the stock she said that she wanted to sell it on consignment, meaning she’d pay us once she’d sold it.

And like the people pleasers we were we didn’t want to make her feel awkward so we agreed that would be OK.

And off she drives.

So around a week later we get a call from this lady and she basically said that she’d been having a think, and she decided that we should split the country into North and South.

We couldn’t believe what we were hearing.
This lady, for some reason thought that she was entitled to half our business.

We said “sorry, but we were’t looking to partner with anyone”

We Googled her and sure enough she did have a law practice in the country where she was from.

We were stunned to say the least.

I mean, we were barely up and running at this point and this really rocked us.

We weren’t sure what to do.

It totally disabled us for at least a week because this was a first for us.

We knew there was no way we wanted to be in business with this person so we started thinking of ways we could move forward and keep her away from what we were doing.

Then sure enough, shortly afterward, copies of our designs started being listed on eBay cheaper than we were selling them for.

She was making copies and undercutting us in an attempt to get the business that way.

We were totally demoralised but determined not to cave in.

I remember watching a training one evening from an online marketer by the name of Chris Farrell who was talking about the power of having a Facebook group.

They were pretty new at the time but it looked like a great way to keep our audience and our customers away from this person because we could control who comes in the group (TOTALLY the wrong reason to start a Facebook group I know, but that’s honestly how we got started).

So we set one up on Facebook and started letting other shabby chicer’s (our target market) show off their projects inside the group.

It was a big hit and the group started growing rapidly.

People loved having somewhere to indulge what they were passionate about and talk to other people who were interested in the same things.

"Most people are walking around with their umbilical cords in their hands... looking for someplace to plug it in".

When the group started to get some traction, a funny thing happened.

A few of the big leaders inside the niche started to reach out to us.

They could see that we had the ear of their target audience and wanted to make sure that we spoke about their products and services.

These were people that we wouldn’t have had a prayer of getting to see if we didn’t have the group… now they were reaching out to US and asking if we’d like to go to their house for coffee!

Not only that but because we were now starting to be seen as influencers as leaders of the group, selling was superfluous.

The biggest hassle was helping people decide what designs they wanted.

Never IF they were going to buy.

It was just about HOW MUCH were they going to buy.

We grew that group to 30k+ people before we decided to start teaching others how to do what we’d done.

We’d become #1 in our niche worldwide.

We had dozens of stockists and Thousands of customers around the world.

Our products had been featured in magazines, on television and even been used by movie studios for major Hollywood films.

But we wanted more.

We wanted to teach others how to do this thing for themselves.

To leverage the power of the Internet and Facebook groups to set themselves free.

We’d seen the power of it and now we had to share it with as many people as we can.

So to answer the question I asked at the beginning of this article… Building your tribe and using Facebook groups to do it… is it a good idea and why should you care.

Well if you want to build a loyal audience of people that love what you do and repeatedly buy from you happily, then yes it’s a good idea.

If you want to generate a TON of influence online and rub shoulders with the leaders in your niche, then yes it’s a good idea.

If you want to stop having to chase people and send spammy messages only to suffer being rejected, then yes it’s a good idea.

If you’d like some help figuring out how to build your own online tribe, then why not check out the Tribegeeks Academy? It’s the best resource available anywhere to help you grow your group. 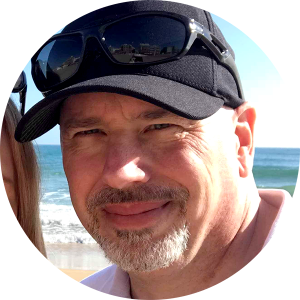 Need A Little Help With Your Business? 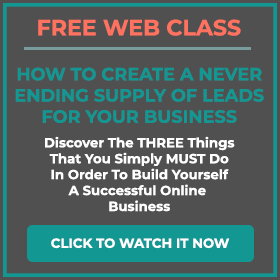 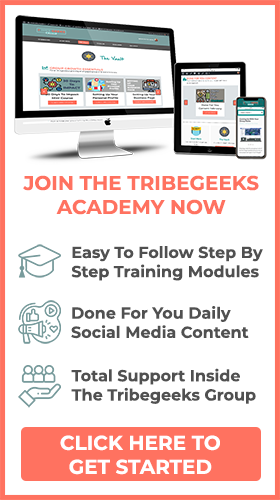 We'll Email Your E-book Straight To You