Hi, We're Steve and Sam Harradine, and if you've got a minute we'd like to share a bit about or journey... and bust some major myths about setting up your own business! 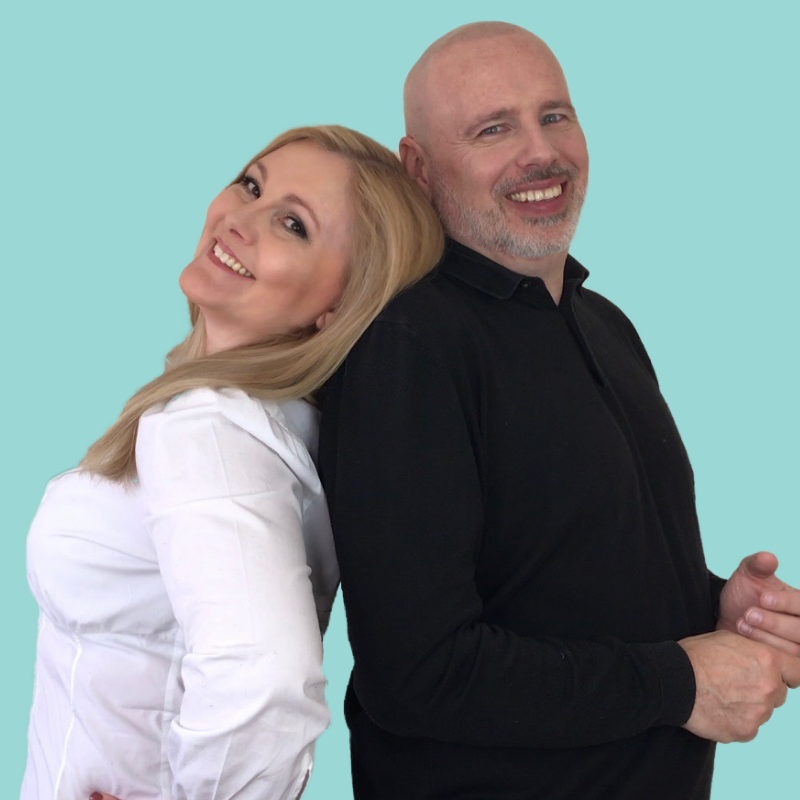 If this is the first time we’re meeting… Hi, as we’ve mentioned we’re Steve and Sam Harradine. We’re a married couple from the UK and we’ve been working online in one form or another for well over a decade now.
Our focus is Facebook groups. More importantly it’s how you can use Facebook groups to build an amazing business for yourself that’ll help support you and your family for years to come.
Not only that but because we’ve built Facebook groups, life’s been pretty good to us.
We don’t have deadlines or bosses, in fact we haven’t had a boss in over 10 years. We live in a lovely house and have our own separate offices with all the toys.
We’re blessed to be able to pretty much do what we want when we want to do it… but that wasn’t always the case. Allow us to share a bit of our journey with you and share some of the lessons that we learned along the way because we think it’ll help you.

It Was A Stupid Idea And We Weren't Ready For It!

Let’s wind the clock back to what was essentially the beginning of our journey. The year was 2007 and we’d just returned to the UK after emigrating to Spain and trying to make it work for the last 3 and a half years.
We’d told ourselves that we were ‘living the dream’ but honestly, we’d done a stupid thing.
We’d gone there with no plan of how to consistantly make money and we’d completely underestimated how hard it would be with barely functioning Internet because we lived out in the sticks and hardly any knowledge of the Spanish language or the culture difference that we were going to encounter.

So to cut a long and miserable story short, we were in a mess… and we mean big time!
We’d managed to limp back to the UK with what possessions we had and we’d been helped to get some  some accommodation but that was about it. No car, no income, Three kids to clothe and feed and a rent that was going to cripple us.
And to add to the stress, the week we were moving home Sam lost her Stepdad who’d been her father figure since she was Seven.
To say we were at rock bottom was an understatement. One of our oldest friends met up with us and gave us £50 to help out. We remember feeling like we’d won the lottery. We were so grateful for the help and we knew we had to act fast to rebuild our lives again.

We’d been trying to make money online to support ourselves in Spain but really had no clue at all what we were doing, so we’d been selling what we could on eBay. It didn’t help that the Internet café where we had to work from would close for siesta’s in the afternoons and then it’d fill up with rowdy schoolkids. Not ideal working conditions!

But now we knew that if we really wanted to ‘live the dream’ then we had to get this Internet marketing thing sorted out and start getting serious because getting jobs just wasn’t happening for us no matter how hard we tried.

We just didn’t know what we should sell or how we could sell it.

We knew we had to get out of recovery mode ASAP and get some money coming in for the essentials. We’d managed to borrow a little car for a few weeks from a family member which meant that at least we could get around. We needed to as well because Steve managed to land a temporary job which helped loads and as well as that we were taking on any work that was available.
Sam was working cleaning houses as well as working the checkout at the local supermarket and working part time at a local school as a teaching assistant. Nothing was beneath us as long as it brought in money and wasn’t illegal 😆

This kept the wolves from the door for now but we knew we couldn’t keep it up for long. Steve’s travel for work could sometimes take 5 or 6 hours per day on top of the work hours and Sam was working 3 jobs. We wouldn’t be able to keep it up for long.

We knew we wanted to leverage the power of the Internet because it promised the lifestyle that we craved so much, we just didn’t know what steps to take.

At Last... A Breakthrough!

One night we were talking and brainstorming for something that we could come up with to sell online and we came up with the idea of decorative mouldings for furniture.
To make some money we’d been buying old furniture and up-cycling it to sell for a profit. As part of the process we’d been looking for some of these fancy mouldings to dress up the furniture we’d got but we couldn’t find them anywhere. It’s like no one was selling them.
So we decided to make our own. We could buy some original mouldings from eBay, make silicone moulds of them and then cast replicas out or resin and sell them.
We were excited that we had an idea and we really thought that we were onto something because there was a really buoyant market for up-cycled furniture and we figured that if we were looking for these mouldings then chances were that other people were too.

It was going to be plain sailing from here on… or so we thought!
Read on to see what fate had in store next.

CLICK HERE TO READ THE NEXT CHAPTER - DAMN! WE'RE UNDER ATTACK!